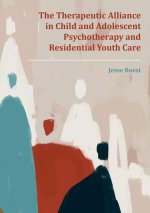 The therapeutic alliance - also referred to as working alliance - is arguably one of the most studied concepts in psychology. The notion that a friendly and affectionate stance toward the patient by the therapist is essential in order to build rapport has been greatly influential in psychoanalytic theory since the early works of Freud (1913, as cited in Seulin & Saragnano, 2012). Others have elaborated on and amended Freud’s work on the process of collaboration in therapy, introducing the term ‘alliance’ (Sterba, 1934) and its predicates ‘therapeutic’ (Zetzel, 1956) and ‘working’ (Greenson, 1965), while others have defined the alliance as part of the broader term ‘therapeutic relationship’ (Gelso & Carter, 1985).

In recent literature, the therapeutic relationship is often defined as the feelings and attitudes that client and therapist exchange with each other, both consciously and unconsciously (Gelso & Carter, 1985, 1994; Norcross, 2002), while the alliance is defined as “the quality and strength of the collaborative relationship between client and therapist” (Horvath & Bedi, 2002, p. 44; Horvath, 2005; Norcross, 2011). However, the terms ‘relationship’ and ‘alliance’ are often used interchangeably in literature, often conflating the alliance into the relationship altogether (Hatcher & Barends, 2006).